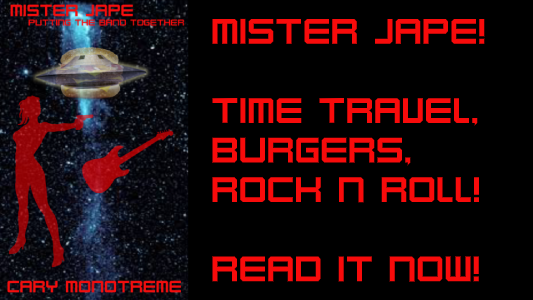 I do!  Though I am guilty of the old cliché,.. When you make it a job,.. it stops being fun in your personal life.  My thing really is leather, pirates, steel,. and flogging. I LOVE flogging.  The feel of leather against skin.  I love to wear rubber,..... but really I can sit in my bedroom and just smell leather all day. Totally gets me turned me on.

Are there any fetishes that you don't find appealing?

Yes. Not big on things that have to do with certain body functions... Just don't find that sexy at all...  =)

What excites you about fetish modeling?

The abandonment of reservations, issues, or hang-ups.  I've found that,.. although sometimes they don't like to admit it publicly,... even top fashion photographers LOVE working with fetish models purely for their sense of adventure and daring.  In their industry,.... they feel that fashion models are too concerned with how they look,.. (naturally),... to sometimes produce great art.

Fetish allows a model to delve into her (or his) inner most secrets, fantasies, and desires.  We all have something to hide,.. but at least we get a chance to reveal that if we choose.

What are your least favorites?

6 and 7' stilettos..    The kind of shoes you can only wear when you're laying down..  They are BEAUTIFUL.  They make your feet LOOK beautiful.. but man what a pain to wear for long periods of time.... I'd rather stand around in point shoes all day,.. then 7" stilettos...  Just ask Jim Weathers.  =)

You've also modeled for DC comics, can you tell us a little about that?

I've been going to comic book conventions since the days when I was the only female in the room...  Because of that, I met big people in the business rather easily... Comic Book Geek + Model = Comic Book Model...  That's just kind of how it happened.

My first gig was the result of me stalking Dan Brereton at a convention.  When he discovered that I was a Wonder Woman fan,.... and seeing that I looked like the character,.. well,.. that's when he asked me if I'd like to be his reference model for a JLA book he was working on..  Of course I jumped at the opportunity.  From there,... I began to pose for other artists,.. and so on,..  I've been Wonder Woman, Batgirl, Vampirella (non-DC),.. and a ton of others,..

Do you think fetish is becoming part of the mainstream culture?

I think that Hollywood and the vanilla adult industry plays at it.  But, no.

Now that being gay is okay and even "cool",... it's just another alt lifestyle for them to sensationalize.

All kinds,...really.  But my fave? Zombie.  Anything by Rob Zombie.  His music is powerful, artistic,. raw, and just fucking cool.  I've talked to him a couple of times,.. and just the nicest guy,.. as well as a great artist.

Haha...  I play with Pirates and Vampires.   No,.. really.  I shoot black powder weapons and do pirate re-enactment stuff on the weekends.  Lately I've been partying with the Vampire culture in San Diego,... and having a lot of fun with that.