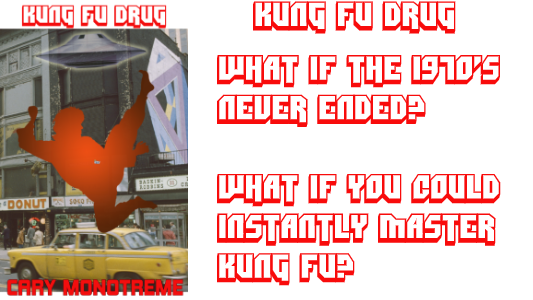 Because I was tall and lanky, I had tried modeling around 15. I did the modeling school route to begin with. But that just cost a lot of money. And then I was in a pageant at age 17 was scouted by an agent and began doing some test shoots. We went to NY and went on a few go-sees and then I was offered a contract. I ended up moving out there a month later. So, I modeled in New York City and lived in a tiny model apartment with 4 other girls in my house. I had a lot of fun, but it was very expensive to live out there and I knew it would be tough, so I came back with the idea of saving money and moving back out to NY. I moved in with some friends going to school in Tempe and sort of lived a college lifestyle, minus the college. I worked at a small boutique that sold high end retail for half the price. Needless to say, I had a lot of fun with my friends and a lot of fun with the clothes. My boss even let me use the wardrobe for photo shoots. I was in a pretty sweet place. I also was beginning work on the first NN solo site I did. I loved having the freedom to enjoy life and create art with photographs.

Anything out of the ordinary sparks my interest. I love having something that's completely gaudy and insane and trying to work it into a picture, so it looks as if it completely belongs there. I like to be challenged with things like really over-dramatic make up or trying to portray extreme emotion. But I love dressing up as well, I think the pin-up style and the old Hollywood glamor are some of my favorites. I feel that they in particular, portray a very femme fatale style and character that I identify with. But honestly, I love just being naked and in my own skin the most.

First of all, I'm a very sexual person. I almost feel as if I was predestined to be in a job that allowed me freedom, even from clothing. I love being naked and am not offended of people watching. However, there is a certain amount of respect that any voyeur must maintain of course. I always had the idea in my head growing up that I would really like to be in the adult entertainment, it wasn't until I moved in with Proxy Paige that actually decided that I could. She showed me some amazing videos of all the hot girls. They were so powerful and sexual, it was exciting. I remember watching Lexi Belle in a few scenes and I thought, she is so fucking cute! I want to do what she does, and hopefully one day have sex with her.  I figured giving it a try couldn't hurt. So, I sent some pics out, looking for mainstream modeling work as well. I was contacted by my first agent in adult and did my first scene for Reality King's Daredorms. I had a blast and couldn't believe I was getting paid. I decided I would do it full out and try everything I possibly could. I want to have as much fun as possible and figure out what I like and what I love sexually.

What is the experience being on the set like?

I was about to begin this by saying that it's nothing out of the ordinary, but I think I've just been in the business a while now and not a lot is shocking anymore. A typical day would be waking up around 6am and taking a shower. Then I pack my bag double check the location and head out the door. Get to set at usually 8 or 9am but it varies. Then it's chill time while I get my makeup and hair done for the scene. Paperwork and then picking out wardrobe comes next. Then we take pretty pictures and then it's my favorite time of the day, SEX TIME! That's where things become a little more than normal. For me it's the best because it's just you and your partner, sometimes a person you just met that day. Anticipation and excitement are some feelings I have right before they say action. But after that it is just time for pleasure and passion. The scene is always over too fast when you're enjoying yourself. Then you pack up and head home. A day on set is always filled laughter and flirting. I it's like this huge family that you get to see different parts of, multiple times a year. Each crew is different, and so each day is different. But almost all of them you leave with a giant smile on your face.

What are your favorite types of scenes to shoot?

Who have been your favorite people to work with?

There have been a lot of good times and good orgasms throughout these 2 years. I really hate anything that says favorite. I don't want to pick a favorite. There are definitely people that end up in a special group very dear and close to me and my vagina. They are the people that I get giddy with happiness when I see their names on my information page. And the group continues to grow as I continue my fucking journey through porn. I've had so many good times with so many people. It is just too hard to pick a favorite. Girls and guys, it doesn't matter. I can't wait for all the new people I get to have sex with next year!!

I have been interested in the pinup and fetish worlds since child hood. I think that they are special because no matter how many people may take a curiosity in both, it takes more than that to fully embrace the two sub cultures. In music videos they may put a girl in latex, or tie some ropes around her hands, or they may glamorize the pinup style when it fits product they are promoting. The mainstream culture likes to sample stuff that would be considered pushing the boundaries or risqué. Such videos portraying a woman in a latex nun uniform surrounded by men, or another woman singing about how she like chains and whips, but neither of which actually make a statement about what that really means to them. It's taboo, so to use it as a gimmick works great, and I will say that I love seeing those things on mainstream TV or hearing stuff to do with adult topics discussed on the radio, but I don't feel that the “mainstream world” is actually comfortable enough with themselves for discussing what’s behind the glamour and the aesthetics of these sub cultures. Not yet anyway. It's the idea they like. I'll wait for the day when Nancy Grace talks about how she likes her partner to tied her up and make her into a little piggy, because she actually wants to be degraded and isn't ashamed to say it. Both pinup and fetish are more available and widespread today than ever, but the number of people talking about that in the mainstream world in a mature and accurate way doesn't seem to be as large. I think there's more people doing it behind closed doors, than actually talking about it. It's a dirty little secret for most, and for now that's what the world has deemed it to be. Who knows in 5 or 10 years what will be considered taboo?

I LOVE TECHNO. All kinds of techno. From Justice, The Bloody Beetroots, and Boys Noise with their high energy dirty electro, to Nero with his beautiful Dub Step, and the classics like Daft Punk, Benny Benassi, and Pendulum and other artists and genres in between. I have robot ears, and bass runs in my blood. Other than that, I would say I like relaxing and chill music. Indie Singer Songwriter, and the Yoga Workout radio are two of my favorite stations on Pandora. Also, I'm a hippie in my soul and can get down with all the oldies from the 60's 70's and 90's. I didn't put the 80's on there because I can't say I really like 80's music too much. If I'm looking for something that's really cheesy and will make me feel like I'm at my family reunion of 2000, then I may want to play some 80's music. There are always the exceptions though. I'm a 90's kid baby, be very afraid.

I'm all about living. Pretty broad statement I know, but what I mean is I have a thirst for adventure! I love to explore new places. Or try something I've never done. I still have never gone skydiving and that is on the top of my list for things I want to do before I die. Hiking and the outdoors are also favorites of mine. I was brought up with camping, fishing, snowmobiling, and boating, as a big part of my childhood. I still love the ocean and anytime I can make it out to it, I'm instantly transported back to my home in WA. I'd say I'm pretty domestic in my own ways too. I love to cook, and especially bake tasty treats, and I've been trying my hand at gardening. I'm also very creative, my mediums include painting with acrylics, pastel and charcoal drawings, sketching, and calligraphy. I'm learning how to pole dance right now as well. I always enjoy a good book, sci-fi and fantasy are my favorite genres. I'll admit it, my name is Lily LaBeau, and I'm an addict of experiencing life and new things, and I'm always looking for my next fix!

My personal website is http://www.INSIDELilyLaBeau.com and it has links to everything I'm on including: